If your website went down for six months, what impact would it have on your business? 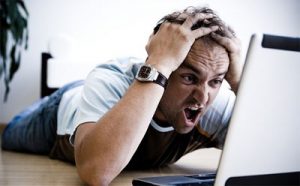 Richard * owns a specialist recruitment agency based in London. His website is crucial to the running of his business. It is the primary source of information for job seekers, employers, prospective recruiters and key influencers to his business. Without his website, Richard’s business is unable to function.

Richard’s website was built around two years ago by a web design agency based in London. They charged approximately £7,000 to build the site plus a maintenance contract of £250 per month.

The web developers persuaded Richard that they should host his website on their server. They explained that this would make it easier for them to maintain the site and reduce his web hosting costs. Keen for an easy life, Richard agreed.

Six months ago, Richard became aware of a technical issue that had resulted in a significant proportion of the job applications posted on his site not being processed or received by his office. The issue had cost Richard’s business several thousands of pounds in lost placement fees.

The developers claimed that the issue was not something they could have foreseen when they first built the site and demanded that Richard pay £1,500 to have the problem fixed. Although Richard felt that their demand was unreasonable, he instructed them to fix the issue as quickly as possible. Each day the issue remained unresolved resulted in a further loss to Richard’s business.

After the issue was corrected, Richard disputed the cost with his web developers. He felt strongly that he shouldn’t have to pay to have a website fixed that wasn’t working to the specification agreed when the site was first built. The developers explained that the original contract stipulated that any bugs and technical faults must be reported within the first three months of the website going live. The developer’s invoice soon became due, tempers flared and threats were made between the two parties.

One day, Richard received an urgent call from his staff to say that the website was down and that they could not log in to the back-end system. The web developers were not answering their calls or responding to their emails requesting urgent support. They had locked Richard and his staff out of their own website and blocked all access to his online database.

Richard called the police but they refused to assist in what they said was a civil matter. Richard’s solicitor threatened the developers with legal action but received no response. Richard’s only option was to take the developers to court.

Richard then contacted another web design agency to see if they could retrieve the site or build a new one as quickly as possible. He also contacted the web hosting company whose server the developers had been renting. They explained that as Richard had no direct legal agreement with them they would be unable to help.

Without access to the web server on which his entire business relied, Richard’s business eventually had to cease trading. The matter is now subject to a lengthy and costly process in the High Courts.

* Names and identifying details have been changed

Don’t give away the keys to your business 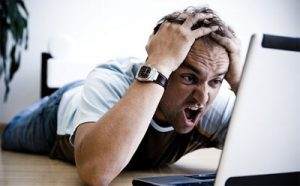 It is not for me to comment on the legal or ethical aspects of Richard’s story. The purpose of this article is to advise other business owners who, like Richard, may be completely unaware of the risk they are taking when handing over server access to a third party.

Any small benefits you may gain in convenience and reduced costs are significantly outweighed by the existential risk to which you are subjecting your business.

In a survey ** conducted last year among UK-based SMEs, over 40% of business owners described their relationship with their web developers as either “strained” or “no longer communicating”. 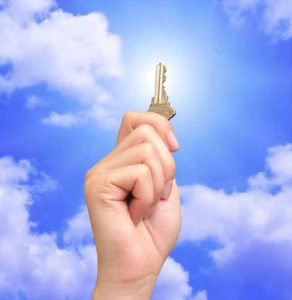 If you are currently in the process of, or about to, build a new website be sure to insist that your site is hosted with a reputable third-party hosting company in an account held in your own name.

If you currently have an existing live website, use this tool to find out which hosting company your developers are using to host the site.

Most web developers buy hosting services from a third party supplier. They typically rent a server in their own name and then use it to host all of their client’s websites.

Once you have established which company is actually hosting your site, (and assuming that you are still on reasonably good terms with your web design agency) contact your developers and ask them to give you a cost estimate for transferring your website to a hosting account in your own name with the same web hosting company. This will give you ownership of the site, simplify the site migration process and maintain the familiarity your developers already have with the web hosting platform.

Take ownership of all external services 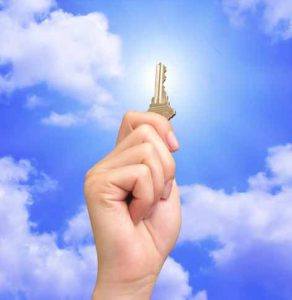 For all but the simplest websites, there is a strong possibility that the functionality of your site is dependent on a number of external third-party services, APIs and Content Delivery Networks (CDNs).

For example, your site may be using Google Maps to retrieve location-based information, video hosting on a site such as Vimeo or visitor analytics services such as Google Analytics.

These external services may be crucial to the running of your website. Make sure that the accounts powering all of these services are held in your name and not that of your web developers.

Ask your web developers for the login details of all accounts held with third-party tool providers used on your website. If they tell you that they cannot provide this information as the account is held in their name and not yours, then insist that the service is migrated to your own account and keep a record of all login details used to access these services.

While the detail of Richard’s story may differ from business to business, the disruption this incident caused is not uncommon. If you wait until the relationship between you and your web developer is strained; you may find yourself, like Richard, out of a job or out of a business. Addendum

Since publishing this post I have received critical messages via Twitter from various web developers complaining that I shouldn’t tar them all with the same brush and that they would never leave their clients in the same situation as Richard. They are missing the point.

The very fact that they could leave clients in this situation should be enough to make their clients think about how dependant their are on the web developers.

Nor does this only relate to web developers. Every company should have a contingency plan for any service that is business-critical.

Every web developer is honest and reliable until the day that they are not. Until that day arrives, there is no effective way of knowing the difference.

If you are a web developer who earns money by hosting clients’ websites, before you send me another angry tweet, please answer this question; would you give your cleaning company the only set of keys to your office? Thought not.